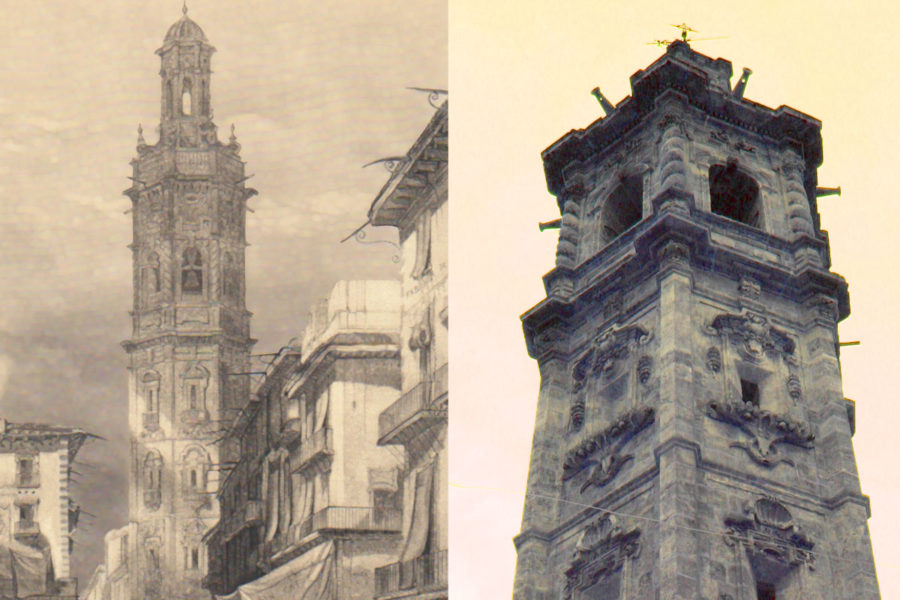 The church of Santa Catalina Mártir is one of the most important icons of the city of Valencia. Visitors to the city make sure they never miss such a great example of Valencia’s beautiful architecture.

Let’s talk about the history of the church in order to understand why it is such an unmissable destination in the city.

History of Santa Catalina church: a journey through beauty.

To begin this journey we start with the conquest of the city by Jaime I in 1238. As a result urban planning was changed, and with it came a complete redistribution of parish churches.

Muslim cemeteries and mosques were handed over to the Archbishop of Valencia, and Santa Catalina was built on the site of one of these buildings, later becoming a parish church.

Contrary to popular belief, this was not the original name. The church was named Santa Catalina by King Jaime after his daughter.

Evidence suggests that the church dates from 1245, at a time when many churches were being constructed all over the country.

One of the most important features of the church itself is the existence of three naves with buttresses, alongside which we find chapels and the apse, perfectly lit due to is polygon shape. However, it is the tower, a Valencian masterpiece of the Baroque era that dominates with its hexagonal shape, four levels and a bell tower on top which stands out and can be seen from any high point in the city.

One of the features that make the church unmissable is its characteristic gothic style, being one of the few churches of this type in Valencia.